Here you will find the recipe for the Solar System cake by our very own presenter Matt K.

Space Cake (Not That Kind of Space Cake) With Planets Inside

Note: The cake in these photos is a triple layer cake. All of the ingredients lists below are for single portions but for this cake, I tripled the cake ingredients to made three layers, and doubled the chocolate buttercream as I needed a lot! I just made one lot of cake pops but personally I think more were needed, but I’ll add an extra note on that later.

Note: This recipe supposedly makes 40 cake pops. I got about 30 out of it. Perhaps I overfilled some of the mould a bit. Each segment wants to be level with the top of the mould. See photo further down. 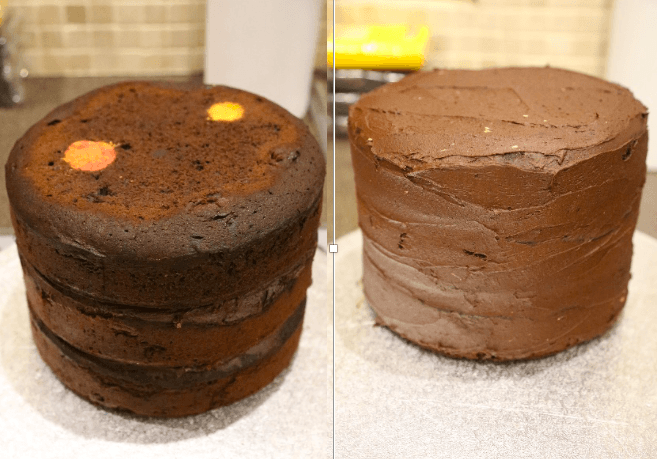 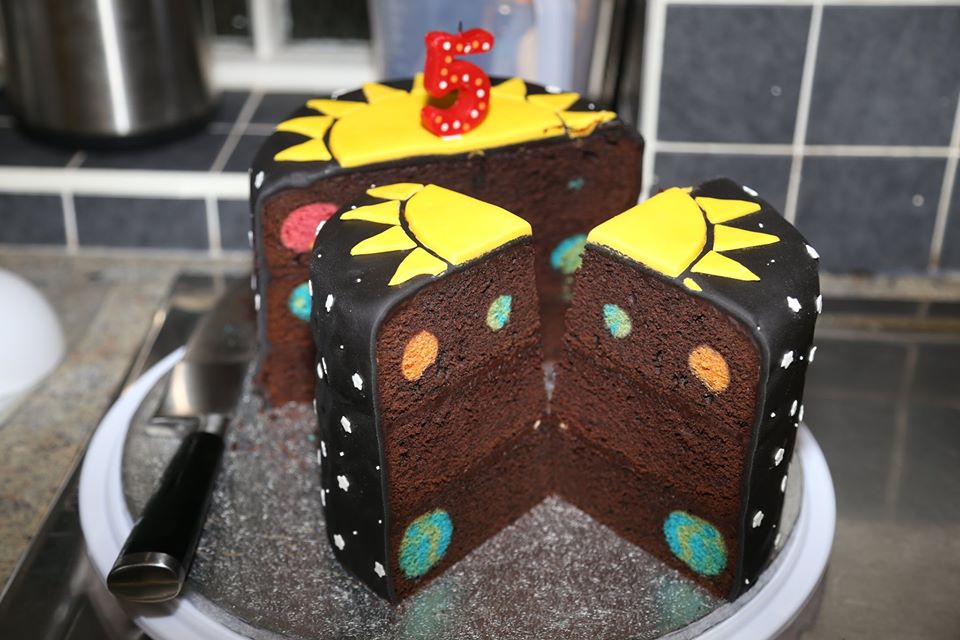