These beautiful instruments were spotted by our space dome team at the British Museum! Do you have any idea what they are? Any educated person from the 13-15th century could not just answer this question but also build the instrument themself!

The device on the picture is called an Astrolabe. It was the first computer used to tell the local time and latitude, determine the position of the Sun and stars and find altitudes of the celestial objects.

History of an astrolabe

It is hard to tell who was the first to build an astrolabe. Many researchers attribute this invention to the Greek polymath Hipparchus of Nicaea. Arabic astronomers widely used an astrolabe not only to study heavenly bodies but also for religious purposes. Using an astrolabe they could determine the North- South direction (and therefore direction to Mecca) and the exact moments of Sunrise and Sunset for prayers. The astrolabe later became popular in Europe and was used by European observers until the 16th century.

A simpler variation of an instrument was used for navigation.

These days we can only find these beautiful devices in museums. They are usually made out of brass, though researchers think there were many astrolabes made of wood and paper for the common folk to use that didn’t make it to the present day. Although the original astrolabe will probably cost a fortune, you can make your very own paper model using this template!

Astrolabe looks like two faced disk with lots of scales and moving parts on each side. The main circular part in the middle, holding all the components, is called mater. 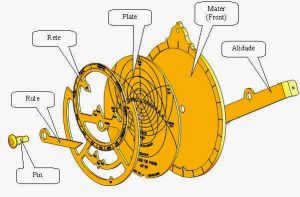 On the front side of the mater sits a disc with the coordinate grid (sometimes there would be more that one disc depending on the observational tasks of the particular instrument). The rotating part that is placed over the disc looks like a spider web. It is called rete. Rete shows the position of the Ecliptic (visible path of the Sun) and the brightest stars. Rule, another rotating part, is places over the Rete (though some of the models don’t have Rule at all).

The main tool on the back side of the mater is an alidade, a rod with two vanes (slits) on both ends for sighting an astronomical object (usually the Sun or a bright star).

How to use an astrolabe to tell time

To find out what time it is, 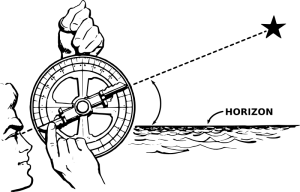 Wasn’t that easy? (if you are still not sure how to use it, here is the brilliant video) The best part? That was just one use of this instrument. Persian astronomer al-Sufi described over 1000 different uses of an astrolabe. That’s really impressive.

Though you are not likely to use this instrument in your daily life anymore, you still might use its close relatives. A planisphere! 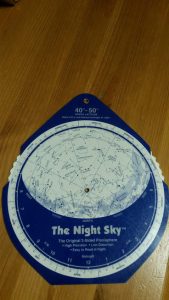