“Is it possible to find all 88 constellations in the sky in one night?”

Sadly,  no observer on Earth can see all 88 constellations at once. Which star patterns one can spot at any given night depends on the time, season, the stargazer’s latitude and, obviously, the observational conditions.

Wherever you are on Earth, many stars and constellations always remain hidden from your view by the planet itself. Moreover, because of the Earth’s being in constant motion, your local sky changes both overnight and season to season. But it’s not the shape of the constellations that changes, no, the distances between the stars in one pattern and their mutual positions always* remain the same, but their orientation and location in the sky!

*To be precise, the stars in one constellations are neither gravitationally bound nor are they close together in space. Each one of them follows its own path through our Galaxy. As a result, the shape of the whole pattern changes over a very long time. Stick around for a few hundred years and you will notice it too!

Constellations through the year

Every night we see the stars overlooking the night side of the Earth, i.e. those that are on the opposite side from the Sun! That means every season our “field of view” turns by 90 degrees. During the winter and in the Summer, for example, we are looking at the opposite sides of the celestial sphere! As the Earth orbits around the Sun, the constellations appear to move West, rising two hours earlier every next month.

From our Northern Mid-latitudes the following seasonal star patterns are easy to find on the night sky: 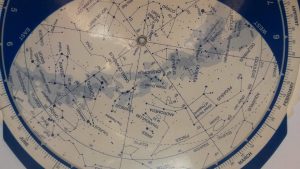 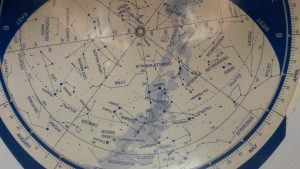 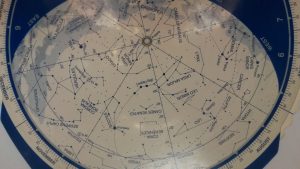 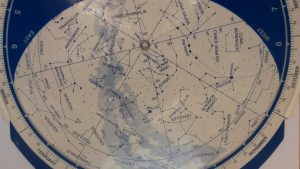 If you ever watched the sky for several hours over one night, you know that the star patterns move across the sky. This is due to the Earth’s axial rotation!

All the seasonal constellation, as well as planets and the Moon, rise and set.

Any clear sky night is great for stargazing. Just grab your sky map and enjoy a game of celestial dot-to-dot. Alternatively, visit a stargazing session in our inflatable dome and learn all about seasonal constellations and famous stars.  And the best part? You can do it in the daytime! Check our https://wonderdome.co.uk/  website and WonderDome Facebook page to find out how to book our stardome or when the next public stargazing session is.