One hundred meters is about the size of a football field. Or twice the length of an Olympic swimming pool. Or the diameter of the second largest fully steerable radio telescopes in the World, the Effelsberg radio telescope.

We’ve been very lucky to visit the site of the telescope and learn about the research the radio astronomers carry out using this mighty dish! 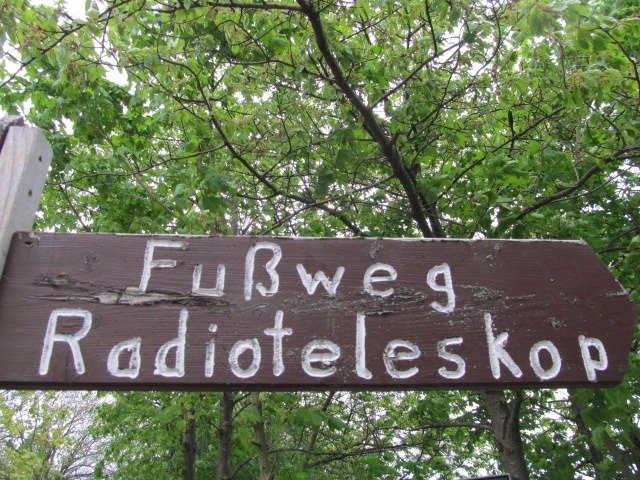 Here starts the footpath to the telescope. Photo: WonderDome

Effelsberg telescope is located in a beautiful valley in Bad Münstereifel, Germany. The telescope was built on the bottom of the valley and not on top of the hill in order to protect the instrument from the man-made radio interference, i.e. from picking up the signals of our microwaves, mobile phones and other devices. Effelsberg is an “open skies” facility. That means that although the telescope is operated by Max Planck Institute for Radio Astronomy in Bonn, the instrument is available to the astronomers from all over the World. Anybody can apply for the telescope time and a special committee will decide who gets to use it. Luckily, with radio telescopes you get much longer to observe, because unlike the optical ones, they operate 24 hours for the most part of the year.

Effelsberg telescope has been in operation since 1972 and is now approaching the half-century anniversary. But, hey, it is far from retirement! On the contrary, thanks to the frequent upgrades and modifications, the instrument remains one of the leading research facilities in the World. Effelsberg is a fully steerable dish with a diameter of 100 meters. *Read our blog The World’s Biggest Radio Telescopes to learn about other kinds of telescopes. For almost three decades it remained the biggest telescope of its kind in the World with Jodrell Bank 76.2 m Lovell Telescope being the runner-up. Since 2000 it is the second biggest dish after the ever-so-slightly bigger 102m Green Bank Telescope in West Virginia.

In contrast to popular belief, astronomers do not sit “inside” the telescope. They control the instrument from the small building next to the telescope overlooking the dish. 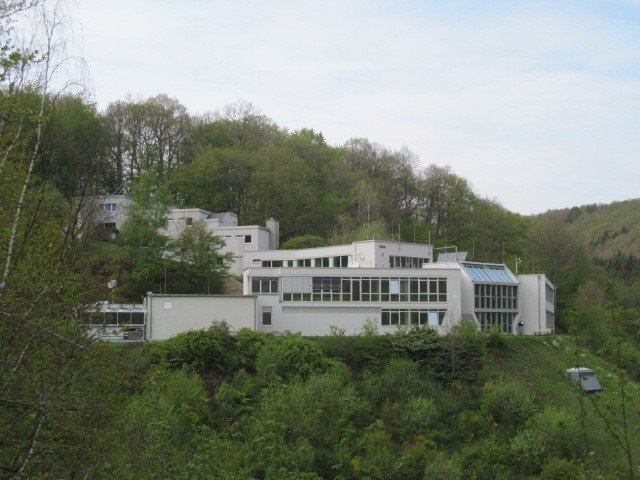 The total weight of the radio telescope is 3200 tons. But, believe it or not, Effelsberg is quite mobile! In just over 12 minutes it can turn 360 degrees around using 32 small wheels that move on circular rails. And in just about 5 minutes the telescope can change the elevation from almost 0 to 90 degrees with the help of a ring tooth. Impressive! 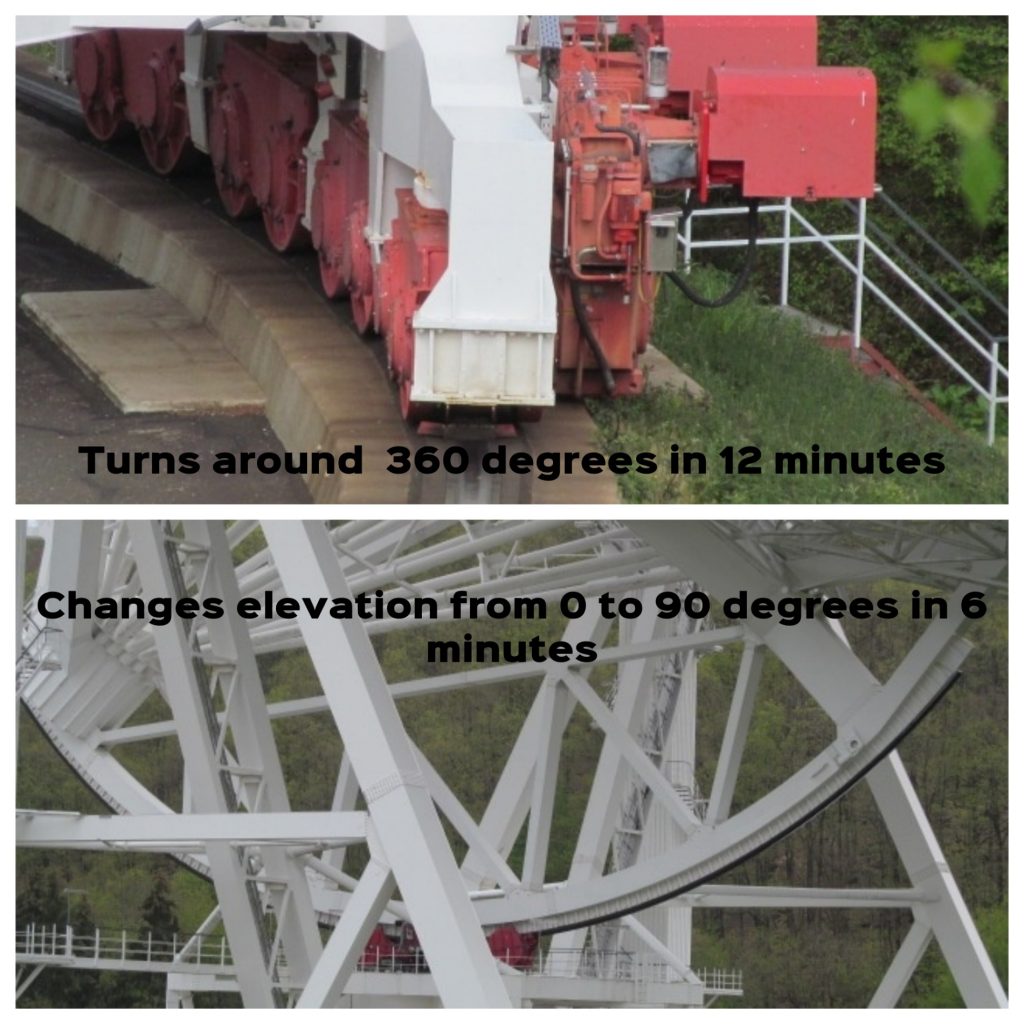 Moving the Effelsberg telescope: the azimuth drive (above), the elevation drive (below). Photo: WonderDome

Why stopping at 100 meters?

Radio telescope is a fantastic source of information about Space because it can detect radio waves invisible to human eye. The radio wavelengths are much longer than the optical ones, therefore to achieve a high resolution of the radio image, astronomers need larger telescopes. Unfortunately, the bigger the radio dish, the more you have to fight the effects of gravity and temperature to maintain the accurate shape of your telescope. And, of course, it will be even more difficult if you wish to steer your telescope all the way around. So unsurprisingly, the sizes of the biggest steerable dishes haven’t changed much in the past 50 years. And probably never will. Instead, scientists developed alternative telescope designs and observational techniques!

Effelsberg can study various radio sources on wavelengths from 90 cm to 3.5 mm.

It can work as a single dish or together with other telescopes. When working on a “group project”, Effelsberg and other telescopes can operate independently (observing different parts of the sky on the same wavelength and then stitching the images to produce a full sky map) or synchronously observing the same source (this techniques is called interferometry).

To understand how the individual sources are spread across the sky, radio astronomers carry out “all-sky” surveys. Such surveys can reveal (depending on the resolution of the instrument used) anything from big structures, like the center of the Milky Way, to compact individual sources, like other galaxies and active galactic nuclei. Effelsberg completed many surveys

and made lot’s of discoveries!

Effelsberg was first to find water in a distant galaxy. In 2008 the telescope detected water vapor maser emission (it is like laser only in microwaves) in a distant quasar MG J0414+0534 situated 11.1 light years away from the Earth. Quasars are active galactic nuclei that contain supermassive black holes. As water masers form near the centers of the quasars, scientists hope to use masers to study supermassive black holes themselves. How cool is that?

Effelsberg searches for pulsars, the fast rotating remnants of the supernovae explosions. Pulsars emit two beams of radiation that go “up” and “down” along the magnetic axis. Because the axis of rotation in pulsars is misaligned with the magnetic axis, the observable effect is similar to that of a lighthouse. We can observe most pulsars only in radio waves.

We hope that in the next decades Effelsberg Telescope will help us learn even more about the radio sky!

Send your questions and comments to our portable planetarium team or simply visit our inflatable star dome to learn more about radio, optical and other branches of Astronomy.