With the advanced technology at our disposal, it is hard to imagine that one can lose a satellite. But it does happen. And more often than you think.
Back in 2003 I was visiting The Special Astrophysical Observatory in Russia. It is one of the biggest research centres in the country. The observatory houses two impressive instruments: the 6 meter optical telescope, and the radio telescope with the 600 meters antenna, as well as a few smaller ones. I asked the astronomer-in- charge, what kind of observations they do with the small telescopes. He said among other things: “We look for satellites. The lost ones”. That puzzled me greatly.

How can a satellite disappear in space? Can we do something to recover it?

When it comes to sending a man-made machine up in space, many things can go wrong. The satellite can never make it to its designated orbit. (Just think about the Russian rocket that plunged into the ocean with the Meteor-M weather satellite onboard this November.) Or fail to fully deploy its solar panels. Or even get hit by a space rock. You name it. But what about the satellites with seemingly well established orbits that get lost?

First of all, what does “lost in space” mean? Does the craft suddenly disappears from the point in orbit where it was last seen? Of course not. When we say lost, we usually mean that the spacecraft is not communicating with the ground. This can be just a minor temporary issue. Or the beginning of the end.

All the big space agencies have a history of satellite loss, not to mention private communication companies.

Here are just a few spacecrafts that have disappeared at some point during their operation:

Envisat is the environmental satellite that ESA launched in 2002 to study the ocean, atmosphere and ices. It is as big as a bus and weighs over 8 000 kg. Ten years in operation (that’s twice as long as we planned for it to work), the spacecraft stopped sending signals back to Earth. Despite the efforts to find the cause of the signal loss and restore the contact, Envisat remained silent. ESA shut down the program a month after the loss of communication, but the craft itself stays in orbit. It is now the biggest piece of space junk in the close proximity to the Earth. 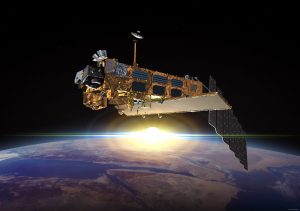 The famous solar and heliospheric observatory is a joint ESA/NASA project. It was launched in 1995 to study the Sun. Three years in operation, the engineers lose the signal from SOHO during the routine checks. It took a few days and a big radio telescope to find where SOHO was. And another few months to return it back to normal mode. Now, after more than 20 years of hard work, SOHO remains our main space weather monitor!
You can learn more about SOHO, its instruments and discoveries here. 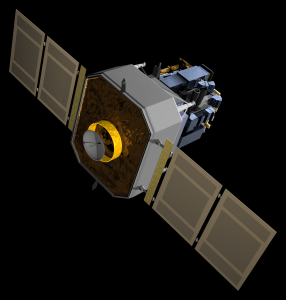 Hitomi was the spacecraft launched by JAXA, the Japanese Space Agency, in 2016. It was an X-ray telescope designed to study high-energy events associated with black holes, supernovas etc. A month after the launch Hitomi went silent. The scientists later found out that due to the computer problems the craft started to rotate fast and eventually fell apart. 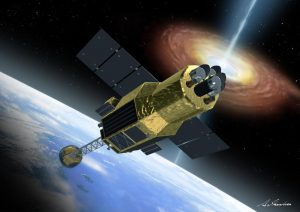 JAXA launched another satellite back in 2010, Venus Climate Orbiter, Akatsuki. Things went terribly wrong when the spacecraft missed the target planet completely! Due to a minor problem, the engines could not fire long enough to slow the craft down, and it continued its journey to the Sun. Akatsuki had been orbiting the Sun for the next 5 years, before the ground control engineers redirected it back to Venus. Since its arrival to the orbit around Venus in 2015, the spacecraft has made many interesting observations. You can learn more about the ongoing Akatsuki mission here. 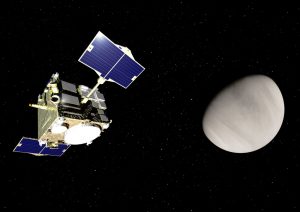 In 2008 ISRO, Indian Space Agency, launched their first lunar orbiter Chandrayaan-1. Unfortunately they have lost the contact with Chandrayaan-1 after a year of its operation. Engineers are not sure what exactly caused the communication loss. Nevertheless, the whole mission was a success as the craft performed most of the planned observations and measurements. The scientists expected that the craft has deorbited and crashlanded on the Moon. To their great surprise NASA’s radio telescope have spotted Chandrayaan-1 silently orbiting the Moon in 2016, where it remains! 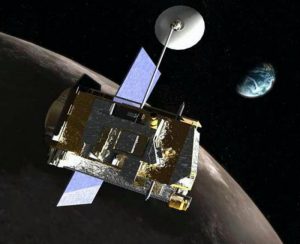 So we do occasionally lose satellites in space. But we are getting better at tracking them down and recovering. That is a good start! Visit our mobile planetarium to learn more about space exploration, satellites and telescopes!