This post started with a homework that the Y5 children at Sheffield’s local school were given as a part of their “Earth, Sun and Moon” topic. Their task was to fill in a moon chart, recording the shape of the Moon and time of the observation every night over a period of one month. Most children chose a particular hour (let’s say 6PM) to check the Moon every night. At first, the observations ran smoothly (apart from the nights when it was cloudy or rainy). But there came a day when they could no longer see the Moon at 6PM! And the next night, and the night after that it simply was not there. Mystery?

Not really! Indeed, the Moon rises and sets at the same time every day. It appears approximately 52 minutes later every following night. And here is why.

As we well know, the Moon orbits the Earth. It takes about 28 days for the Moon to circle around our planet once. That means, every night the Moon moves forward on its orbit (the direction is anticlockwise as seen from the North Pole) by 360 : 28=13 degrees.

So if one night the observers sees the moon rise at a certain hour, then the next night (after the Earth completes one revolution) he will have to wait an additional 52 minutes (13:15) to see the Moon rise again. That very 52 minutes that the Earth needs to make a 13 degrees turn to catch up with the Moon.

Can you see now why the children could not see the Moon at 6PM all month?

Imagine a person standing on the surface of the Earth. 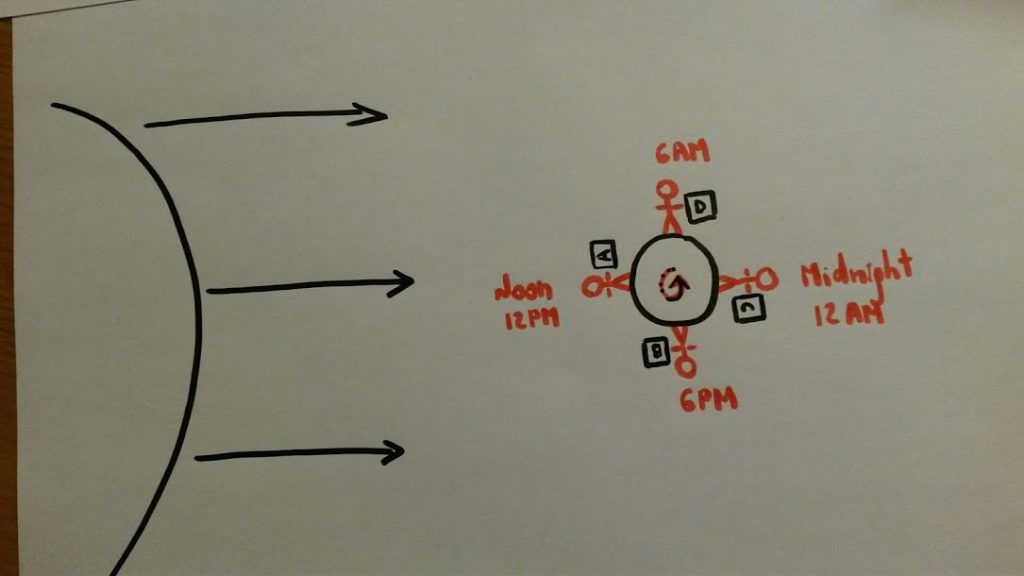 When the person is in position A, the Sun is directly overhead. And that, by definition, is noon! Position C is the point on Earth farthest from the Sun, therefore for the person in position C it’s midnight. Knowing that the Earth moves anticlockwise, we can now mark position B as 6PM and position D as 6AM. And, of course, we can fill all the other hours/positions in between.

Let’s add the Moon to the “Earth clock” picture. 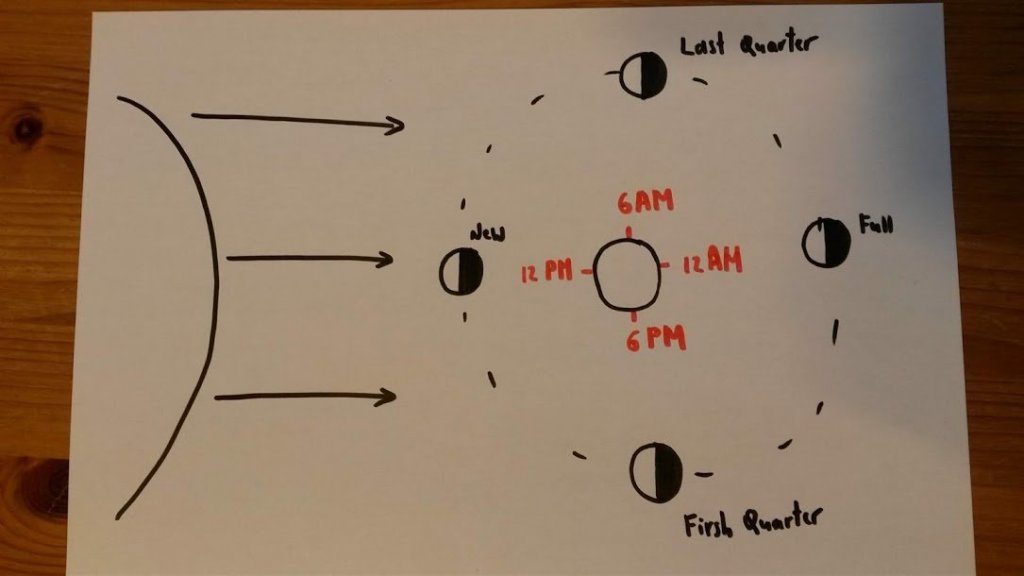 We hope you still remember which phases of the Moon correspond to which positions of the Moon on its orbit around the Earth.

At each given location the Moon spends about 12 hours above the horizon (6 hours rising and 6 hours setting), and 12 hours below. If we combine this fact with pictures 1 and 2, we can conclude that:

In reality the situation is more complicated. The Moon’s orbit is not perfectly circular and the orbits of the Earth’s rotation and the Moon’s orbit are not aligned. And don’t get me started on time zones and daylight saving time! Depending where you are on Earth and what time of the year it is the delay in the Moorise and Moonset time can vary anywhere between 30 minutes and 1.5 hours. You can check the time when the Moon rises and sets in your area (as well as the phase of the Moon) here.

But what about the homework problem with finding the Moon at 6PM?

Can you think of which lunar phases are best seen by an observer on Earth at 6PM? 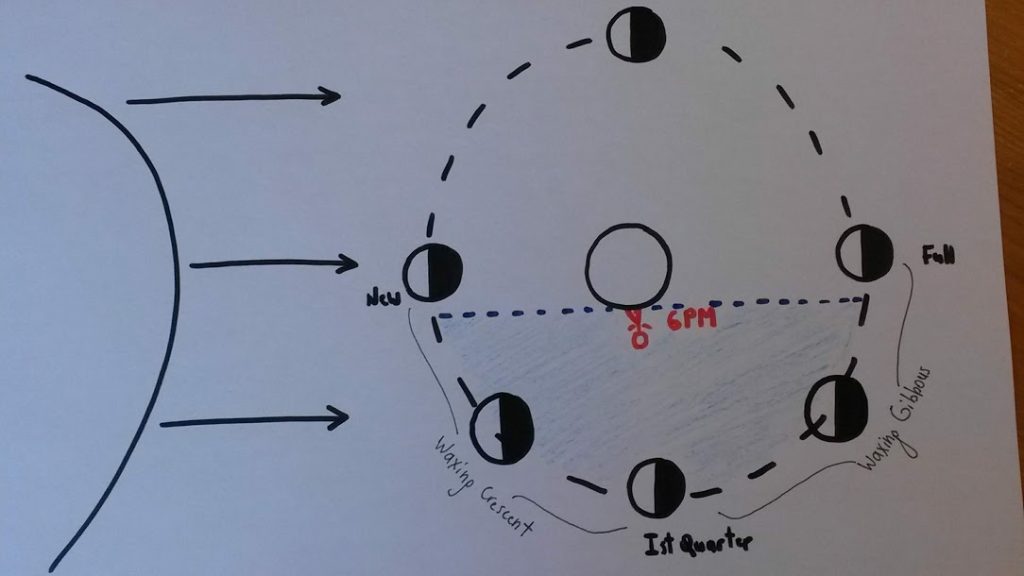