This is the solstice, the still point

of the sun, its cusp and midnight,

and unlocking, where the past

lets go of and becomes the future;

the place of caught breath, the door

of a vanished house left ajar.

Is it Summer yet? Almost!

In the Southern Hemisphere, on the other hand, the June Solstice would mark the beginning of the Winter* and June 21st would be the shortest day of the year.

* We are talking, of course, of Astronomical, not Meteorological seasons. If you are not sure what’s the difference between the two, see our post Seasons on Earth and other planets explained.

What is the June Solstice?

We owe the joy of celebrating Solstices and experiencing seasons on Earth to the fact that our planet’s rotational axis is tilted at 23.5 degrees in respect to the planet’s orbit. As a result of this tilt, one half of the Earth (either Northern or Southern Hemisphere) is almost always leaning towards the Sun receiving more intense sunlight. 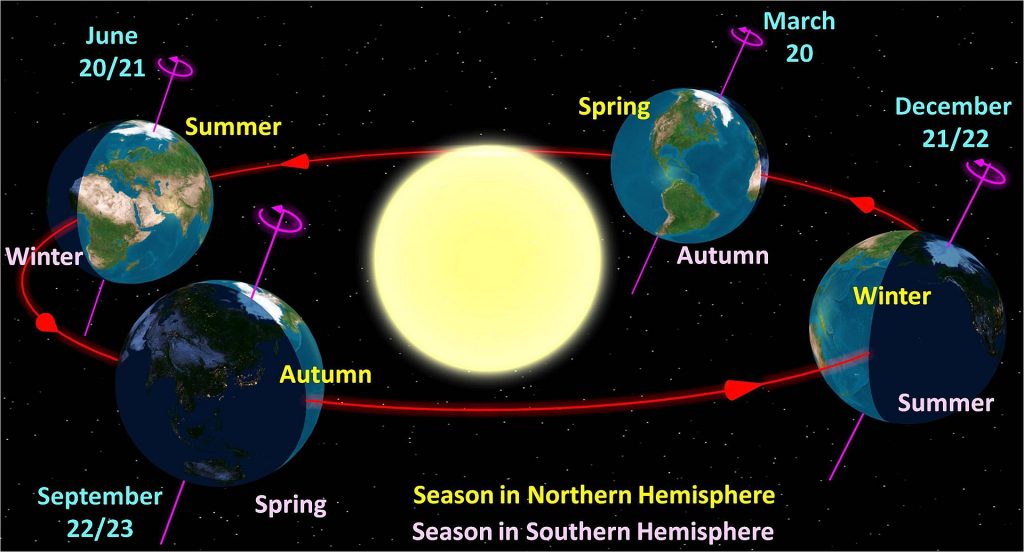 It is worth mentioning that Solstices and Equinoxes are not just specific days, but precise moments. For example, the June Solstice is the instant of time when the Sun is directly overhead the Tropic of Cancer – 23.5 degrees North of the Equator.

How to celebrate the June Solstice

Celebration of the Summer Solstice is one of the oldest traditions. It includes bonfires, singing and dancing, parades, maypoles and, of course, delicious food!

Many people also travel to astro-archaeological sites and geographic landmarks to welcome the long-awaited arrival of the Summer. Here in the UK some of the most popular ‘Solstice destinations’ include Stonehenge, Bryn Celli Ddu and Ben Nevis. 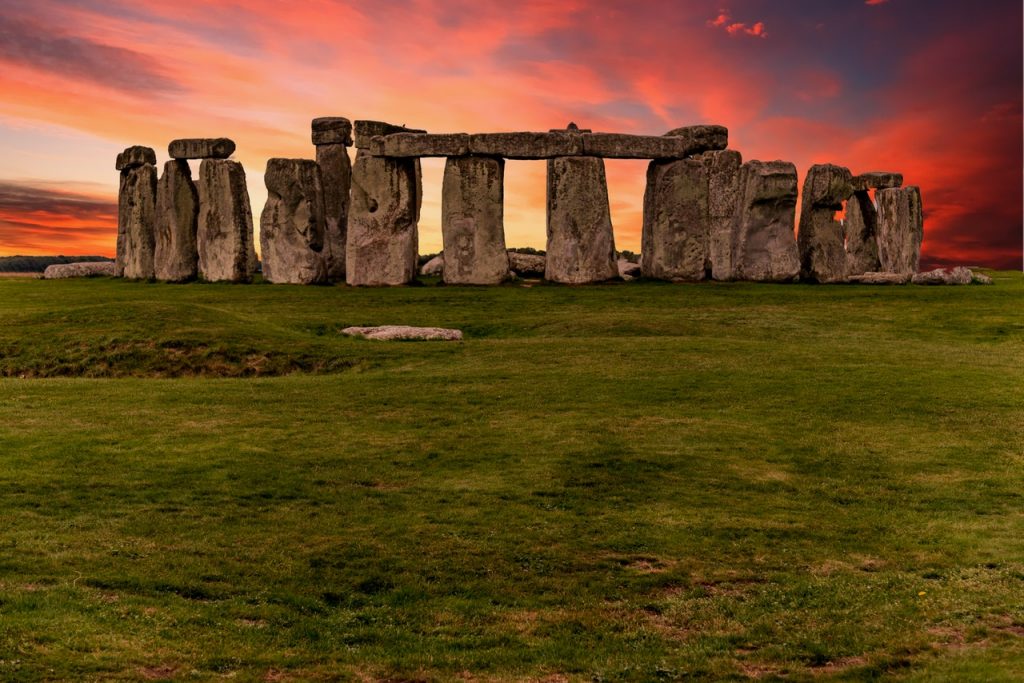 Every year hundreds of people travel to this World Heritage monument to watch the Sun rise above the Stonehenge’s Heel stone on the longest day of the year. Sadly, in 2021 English Heritage decided to cancel the annual celebration following the delay in the lifting of Covid-19 restrictions. But not to worry, the event will be life-streamed on the English Heritage web site, so you can still join in!

Bryn Celli Ddu (meaning ‘the mound in the dark grove’) is a neolithic burial chamber located on the Welsh Isle of Anglesey. On a day of the June Solstice, the rising Sun aligns with the tomb’s entrance and illuminates its inner chamber. Our inflatable planetarium crew recently enjoyed a visit to this beautiful site, but according to the locals, the Summer Solstice at Bryn Celli Ddu is something else entirely! 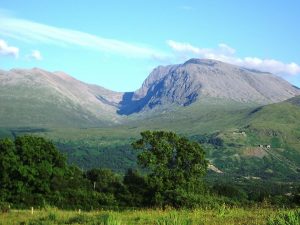 Ben Nevis, the highest summit in the UK, is another popular place to celebrate the Summer Solstice. An overnight climb and an opportunity to see the first sunlight of the Summer from an altitude of 1345 meters? Sounds amazing!

Are you going to visit any of these places on the longest (or shortest – if you are on the other side of the Earth) day of the year? Do you have any June Solstice rituals and traditions? We would love to hear about your experience!

If you have any further questions, please let our Star Dome team know in the comments below!