They say a picture is worth a thousand words. It might be especially true when it comes to the photographs of the astronomical objects. These out-of-this-world images of swirly galaxies, far-away planets and starry skies inspired many of us to learn to use a telescope and – in the extreme cases – even to pursue a career in Astronomy.

But which ones of thousands of the publicly available Astronomy images have had the most cultural impact?

Here are 5 most influential photos of all times according to WonderDome! Do you agree with our list? Did we miss anything? Let us know in the comments below. 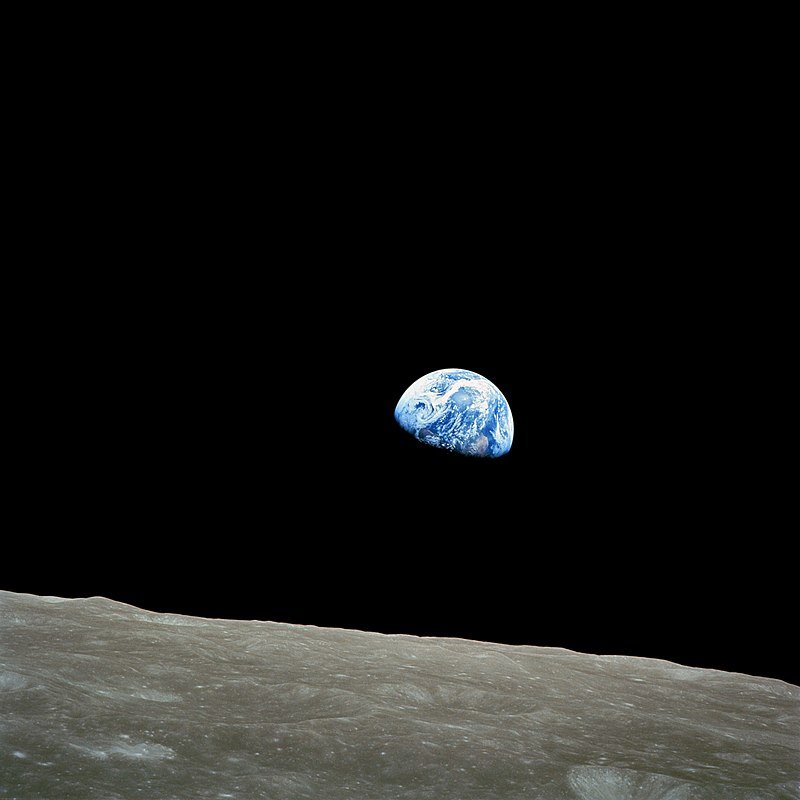 This iconic image of the Earth, known as Earthrise, was taken on December 24, 1968 by the crew of Apollo 8, Frank Borman, Jim Lowell and Bill Anders.

Although it is called Earthrise, in reality you canNOT see the Earth rise and set from most places on the lunar surface. This is because the Moon is tidally locked, meaning it keeps the same side facing the Earth. As a result, there are places on the Moon where the Earth is always visible (near side) and places where it is never visible (far side). The Apollo 8 crew saw the Earth rise because they were not on the Moon, but in a spacecraft that was moving over the lunar surface! Strictly speaking, Earthrise CAN be observed from the Moon too. Because our natural satellite wobbles a bit in respect to its ‘locked’ position, you can see the rare event from a small area along the near side/ far side division. 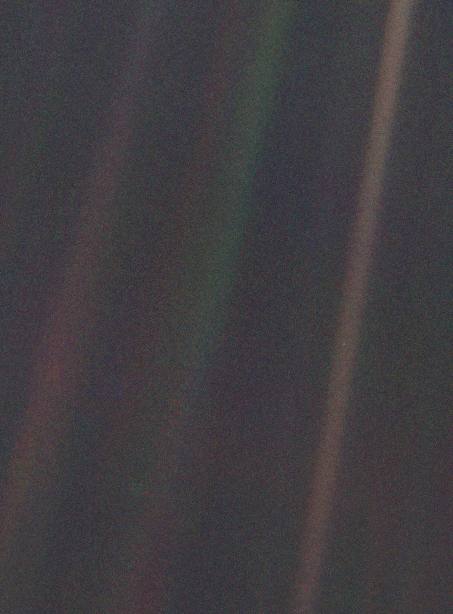 Image: the Earth can be seen as a white speck halfway up the brown band on the right. Credit: NASA

No other image says ‘there is no place like home’ as loud and clear as Pale Blue Dot. This photo was taken by the Voyager 1 on Valentine’s Day in 1990. The NASA spacecraft was heading out of the Solar System when it turned around to snap one last image of our home planet. At that moment Voyager 1 was so far away from us (6 billion kilometers, or 3.7 billion miles to be precise), that the Earth looked like a tiny dot less than a pixel wide on the vast black background.

Interestingly, the Earth was not the only planet Voyager 1 photographed on that day. The spacecraft also took the photos of Venus, Jupiter, Saturn, Uranus and Neptune. Those were later put together to make the famous Family Portrait.

Both the idea of the Voyager taking a picture of the Earth and the name for it – Pale Blue Dot – were suggested by the legendary American astronomer Carl Sagan. Sagan later wrote a book with the same title. 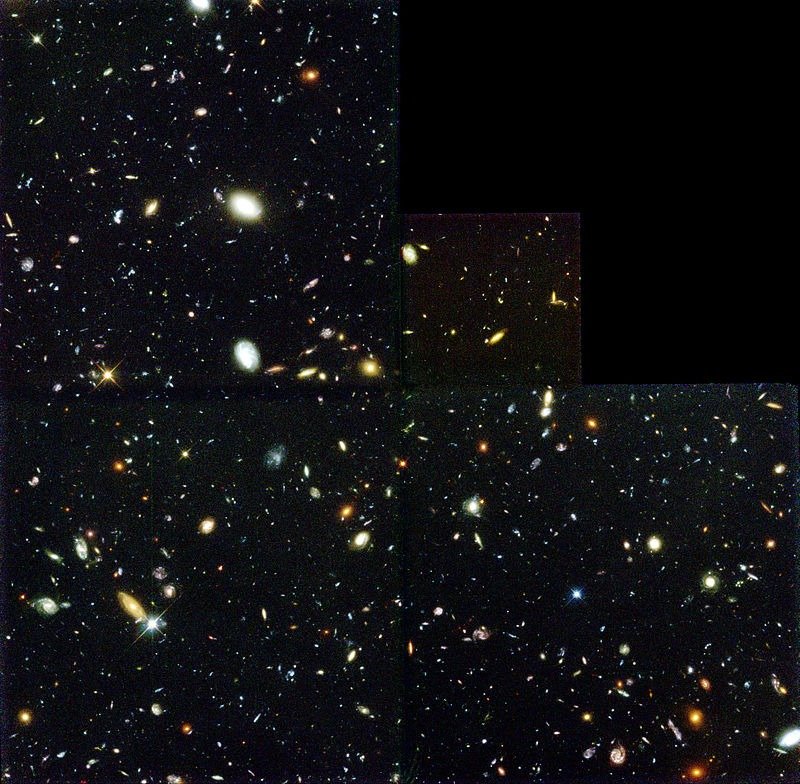 Today you will find this mind blowing photo on anything from t-shirts and mugs to calendars and phone covers. It was taken by the mighty Hubble Space Telescope on December 18-28, 1995. The image, known as the Hubble Deep Field, shows a patch of the sky about 1/12 the diameter of the Moon in the Northern Hemisphere’s most recognizable constellation Ursa Major, the Big Bear.

Have a good look at the picture. Apart from a small number of foreground stars, all the bright dots you see here are galaxies! Each of these galaxies contains billions of stars. Many of them – if not all – have ‘Solar Systems’ of their own.

To make this incredible deep sky photo, Hubble stared at the same spot for over 140 hours. The telescope took 342 individual images that were later combined to make one, the Hubble Deep Field!

Interesting fact: Although Hubble images are famous for their out-of-this-world colours, the telescope actually takes photos in black and white. Hubble uses special filters that let through only certain parts of the spectrum (or even specific wavelengths). Astronomers on Earth later combine images taken with different filters and ‘assign’ each filter a certain colour. You can learn more about this process our Blog post From research data to a piece of art: this is how the colourful Hubble images are made.

1995: Pillars of Creation by The Hubble Space Telescope 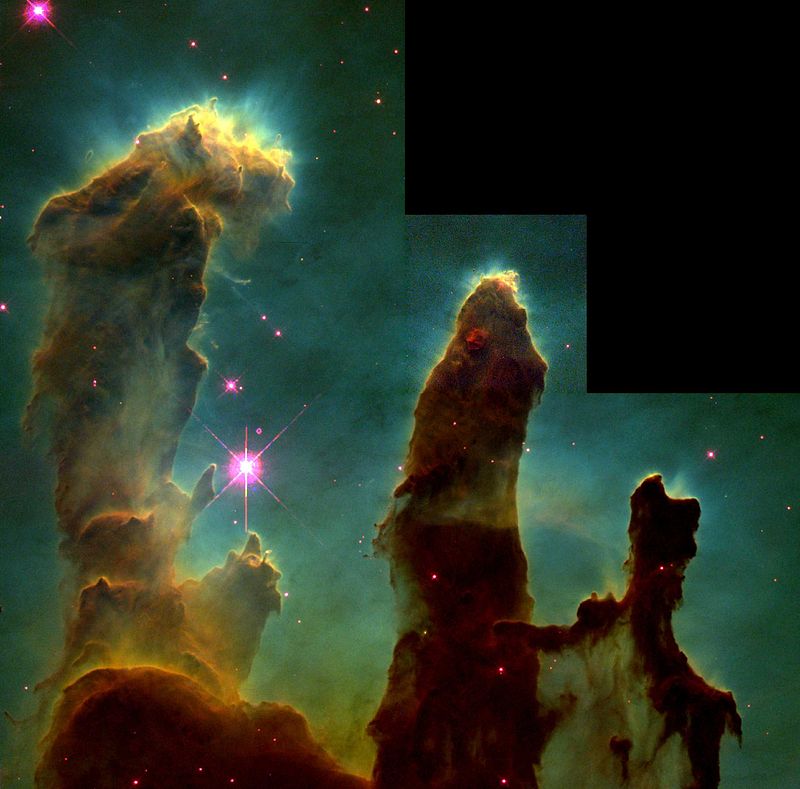 On April 1, 1995 Hubble took a photograph that later became one of the TIME100 ‘iconic photos that changed the World’. NASA gave it the poetic name Pillars of Creation. To make this stunning photo astronomers used 32 individual Hubble pictures taken with 4 different cameras.

The ‘pillars’ are actually three columns of gas and dust. They are located 7 000 light years away from the Earth in the star-forming Eagle Nebula (M16) in the constellation Serpens. The gas columns are giant, over 4 light years long, but they are only small features of the host Eagle nebula that is 70 light years tall and 55 light years wide.

2019: The first image of a supermassive black hole M87* by The Event Horizon Telescope collaboration 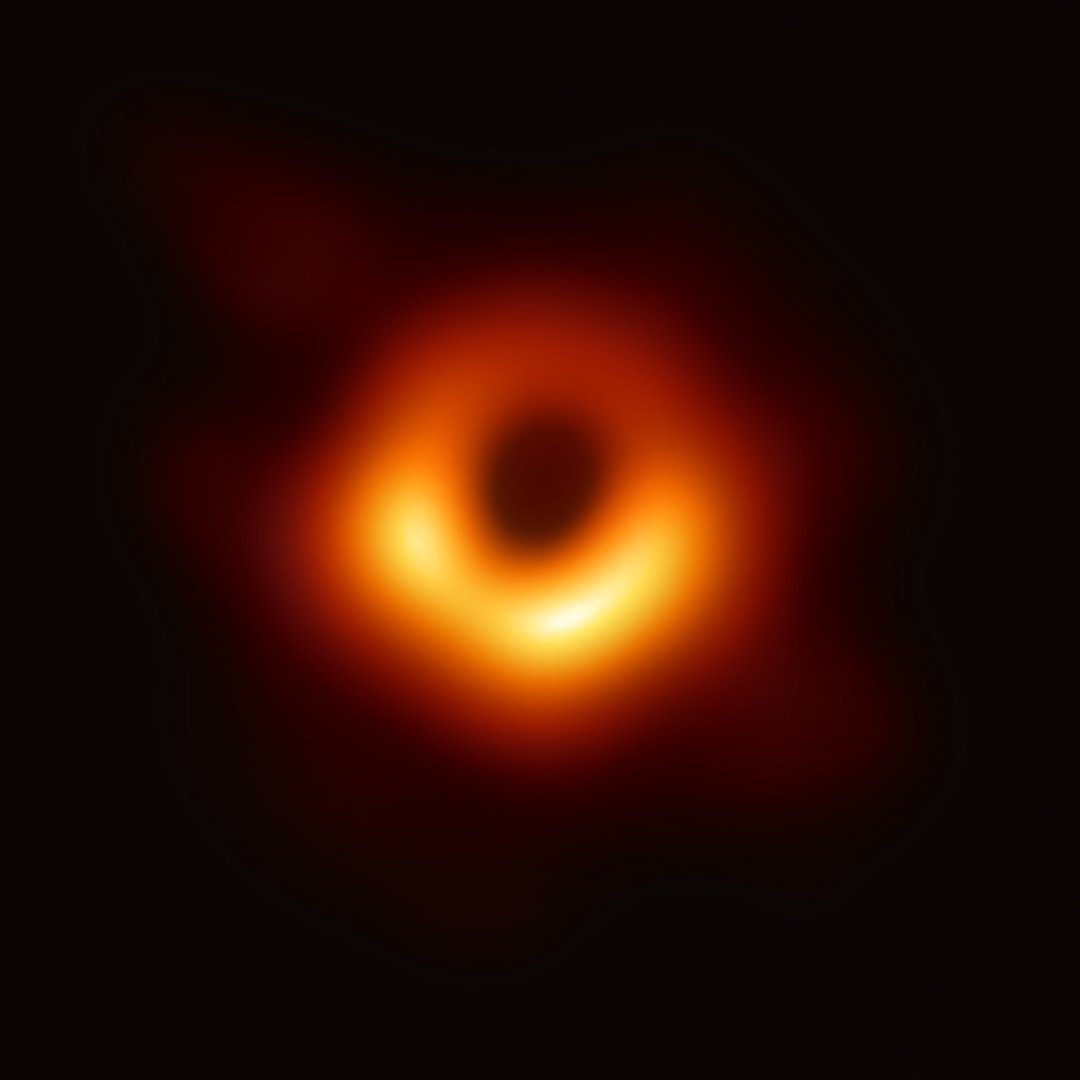 A supermassive black hole, an object whose very existence was once doubted and ridiculed, was finally captured on camera in 2019 when astronomers released an image that was instantly dubbed ‘the eye of Sauron’. This image shows a black shadow of a supermassive [6.5 billion solar masses and 40 billion kilometers across to be precise] black hole M87* surrounded by glowing gas. The Black Hole lies in the centre of the giant elliptical galaxy M87, 53 million light years away.

It would have taken a telescope the size of the Earth to resolve an object at such a tremendous distance. But astronomers used a clever technique called interferometry: 8 radio telescopes at different locations around the Globe stared at M87* for 10 days and their data was then combined to create one final image. Surprisingly, it looked exactly as the theory predicted it would!

Which one of these images do you like the most and why? Let us know!

Visit out Portable Planetarium to see more Astronomy images and immersive space videos accompanied by a live talk by our knowledgeable presenters! Don’t have a venue big enough to fit one of our inflatable planetarium domes? Check out our new Astronomy Talks with Wonderdome!

One Response to “Five most important Astronomy images ever taken”