The study of tides is the tomb of human curiosity

What is one of the first things we all do before heading out for a day at the beach? We CHECK THE TIDE TABLES, of course!

Everybody knows that high tide is great for swimming and water sports. Low tide is ideal for fossil hunting and for those amazing low tide walks. The incoming tide, on the other hand, can be treacherous. It can cut walkers off the shore or introduce dangerous rip currents.

As the sea level rises and falls every 6 hours or so, we cannot help wondering… WHY ARE THERE TIDES? HOW DO THEY WORK? ARE THEY THE SAME EVERYWHERE ON EARTH? Let’s dig (or rather dive) into some tide details and find out! 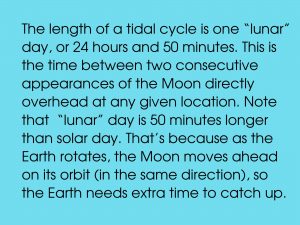 It turns out that most places in the UK (and elsewhere on Earth) experience four tides every lunar day: two high and two low tides of approximately the same height. This pattern is called a semidiurnal tidal cycle.

A few places, like the Eastern coast of Kamchatka and the Gulf of Mexico, have only one high and one low tide every lunar day. That’s the diurnal pattern.

And, finally, some places experience a mixed pattern. That is they have two high and two low tides, but the height varies from day to day.

Sometimes things get even more interesting. You might have heard of “double high” or “double low” water.  That is when a semidiurnal tide has a complex structure with two maximums or two minimums. A “double high water”, for example, means the tide rises to its maximum, then dips a bit, and then rises for the second maximum. If you’ve ever been to Poole or Southampton, you know what we are talking about.

If our planet was completely covered in water, then we would have simply had two low and two high tides a day. But the Earth has continents, coastal lines, ocean currents, uneven ocean floor, winds and whatnots and they all influence the movement of water. So in practice tides are very complicated!

DOES THE MOON LIFT THE EARTH’S WATER?

The tides occur because different points on Earth experience slightly different strength of the Moon’s gravity. The closest point feels the strongest pull and the furthest point the weakest. As a result, the Earth is stretched and the Earth’s ocean “bulges” OUT in two points along the Earth-Moon line. The two so-called tidal bulges appear, one on the side closest to the Moon and one on the opposite side. The bulges are always oriented along the Earth-Moon line and follow the Moon as it orbits around the Earth. Every time we rotate through these bulges once every 24 hours 50 minutes, we experience high tides.

Many people imagine tides as water being lifted by the Moon. But that cannot be further from the truth. The Moon’s gravity does NOT lift the water. In fact, the force is so weak, it cannot lift even a feather! The bulging water is not the water at the “bulge locations” that is being lifted by the Moon. It is water from elsewhere, displaced, moved towards the bulges! The displacement is very small, so it takes a huge amount of water for the effect to become noticeable. No point trying to look for tides in a lake or a bathtub.

OK, we hope you keep up, because we still have one big question to answer: Why are there two tidal bulges? Or, rather, why is there a bulge on the farthest from the Moon side of the Earth? To understand where this second bulge comes from… 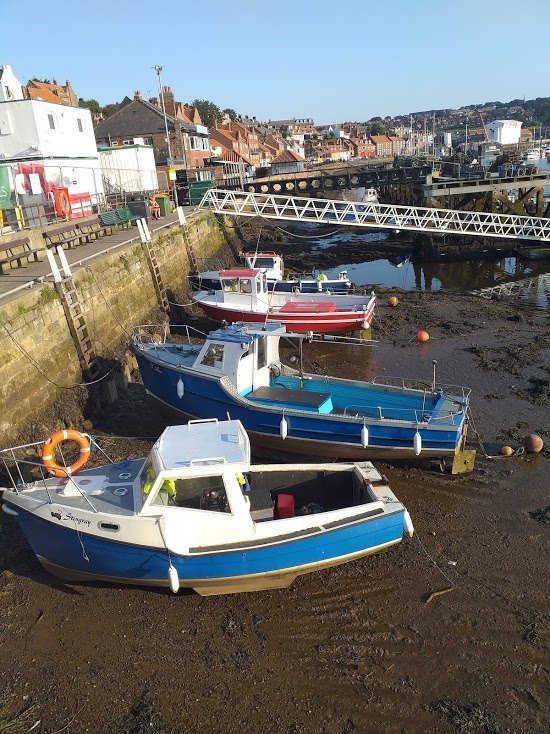 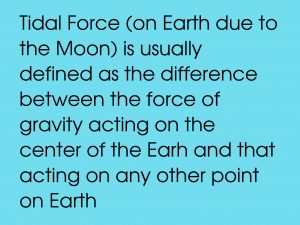 The important thing to remember about tides is that it is not the Moon’s gravity itself that is responsible for the tidal effect, but the fact that two points on Earth at different distances from the Moon feel different gravitational force.

The difference in the pull of the Moon on the “near” and “far” side of the Earth is only 7%. But 7% is enough to push the ocean an and even stretch the solid Earth.

To see how the tidal force behaves in respect to the Earth’s center, we need to compare gravitational force in every point on Earth with that in the center of the Earth . The result will look like this: 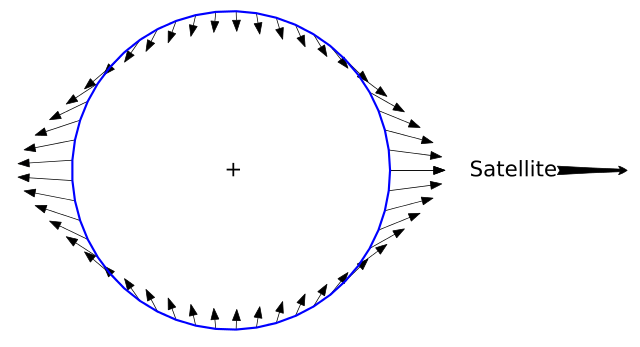 The arrows on the picture are vectors that show the direction and strength (the longer the arrow, the stronger the force) of the tidal force in every point.

Therefore the tidal force pushes the Earth’s ocean OUT at the bulges (like a super-cool antigravity) and DOWN at the 90 degrees points.

As we already established, the tides have to do with the gravity of the Moon. But not only! The Sun is also a pretty important player in the water pulling game too.

But in reality the opposite is true. Why?

Because the Moon is much closer to the Earth than the Sun is! By definition, the tidal force is inversely proportional to the cube of the distance from the tide generating body. That’s why the Moon, although it is not as heavy as the Sun, contributes more power to the tidal effect. 2.16 times more, to be precise!

So… the Moon and the Sun both tug on the Earth’s ocean! Sometimes they act together in the same direction and amplify the tidal effect. And sometimes they pull in different directions and partly cancel each other’s efforts out.

The tides are notably the strongest when the Moon and the Sun line up (spring tides) and the weakest when the two are 90 degrees apart (neap tides). Can you tell during what lunar phases spring and neap tides occur?

WHAT HAPPENS WHEN WE ADD THE EARTH’S ROTATION

In reality, because of the Earth rotation, the two tidal bulges are not aligned with the Moon. They are a bit offset!

The friction between the tidal bulges and the spinning Earth causes the Earth’s rotation to slow down at a rate of 0.0016 seconds per century. This number is quite small, but in the distant future the Earth’s rotation will slow down so that it will always keep the same side towards the Moon. At that time a day on Earth would last about 47 current Earth days. Moreover, the rotational energy the Earth loses is transferred to the Moon’s orbital energy. More energy means higher orbit. In other words, the Moon is getting further and further away from us at a rate of about 4 cm a year. 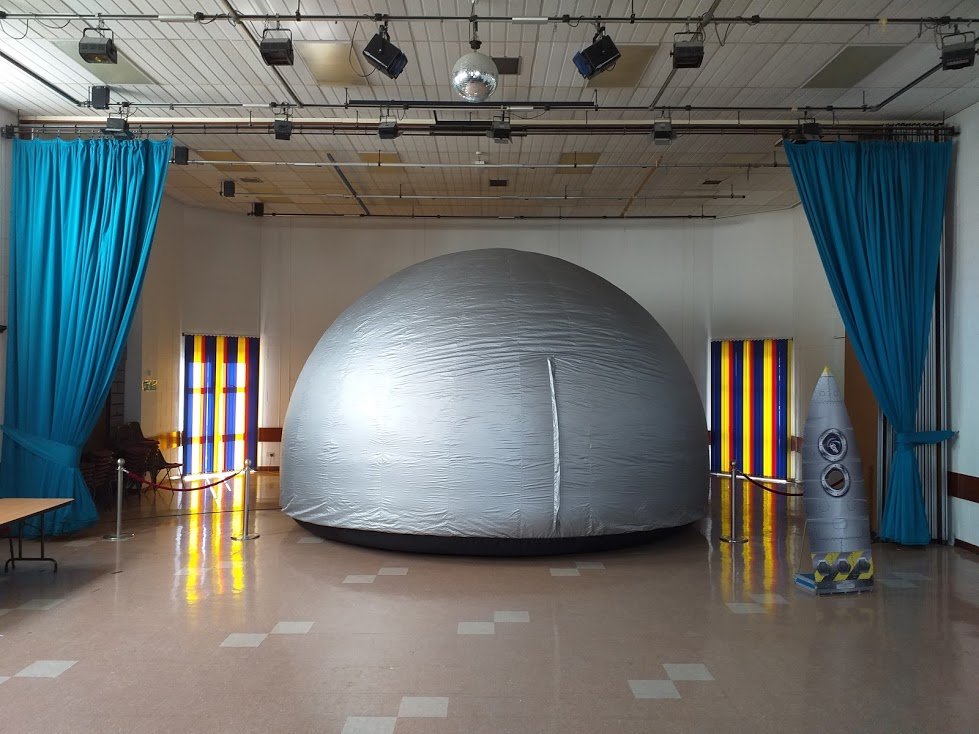 Our Portable Planetarium provides interactive immersive shows for schools, groups and general public. We do Birthday parties and corporate events too! If your venue is not suitable for our domes or you simply prefer an outdoor event, you can book one of our awesome Astronomy Talks with Wonderdome. Whether our visitors are school pupils , Nursery kids, college students, educators, individuals with additional needs or adult space enthusiasts, we will create a unique show tailored for the age, ability and interests of the group. Feel free to contact us to learn more about our Star Dome and the shows we offer.